Firestone Liberia applauds the recent declaration by the Government of Liberia recognizing gender-based violence as a national emergency. The company is taking this opportunity to join the government’s efforts by reaffirming its own commitment to protecting and empowering women within the Firestone Liberia community.

Firestone Liberia’s Community Department, under the leadership of Louise B. Ceasar and Barbara Bono, is responsible for responding to all reports of domestic and gender-based violence through in-person interaction and the company’s confidential hotlines. The department is involved in every step of the process, from counseling to support and care for victims of domestic and gender-based violence. This includes providing clothing, toys and other children’s items, transportation, meals and a place to stay. If a report is escalated, victims can also receive support throughout the criminal justice process.

In addition to providing ongoing counseling to victims of domestic and gender-based violence and their families, various social service programs are made available to all Firestone Liberia employees and their dependents. These programs cover a range of topics including household management, women’s health and family planning and seeking support and advice in an abusive relationship.

Beyond creating a safe space for women on the concession, Firestone Liberia is actively promoting the participation of women throughout its operations. A third of all teachers in the Firestone Liberia school system are women, and approximately 20% of management employees across the company are female. The company recognizes female excellence across the business, employing women in positions such as mechanics, heavy equipment operators, bud grafting technicians, teachers, nurses, doctors, superintendents, supervisors, managers and directors.

“The company recently launched the ‘Focus on Women’ program on the Voice of Firestone radio station, which interviews women from the Firestone Liberia community, asking them to share their experiences both personal and professional,” said Louise B. Ceasar. “By celebrating and empowering the women in our communities, we will continue doing our part to raise awareness about women’s issues and gender-based violence.”

Tina Toe, another Automobile Mechanic for Firestone Liberia was interviewed on the ‘Focus on Women’ radio program 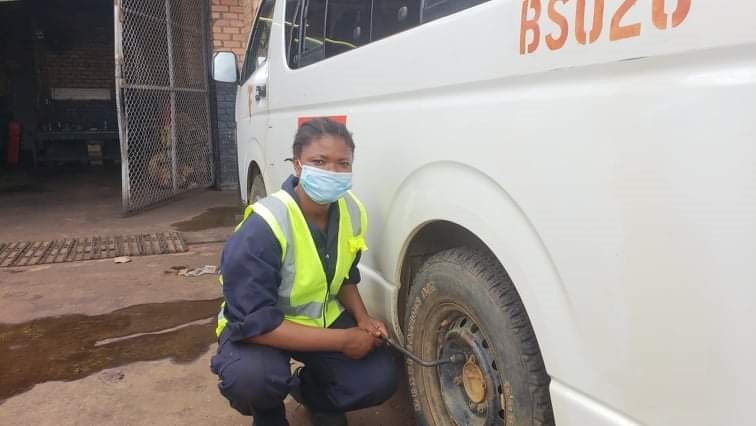